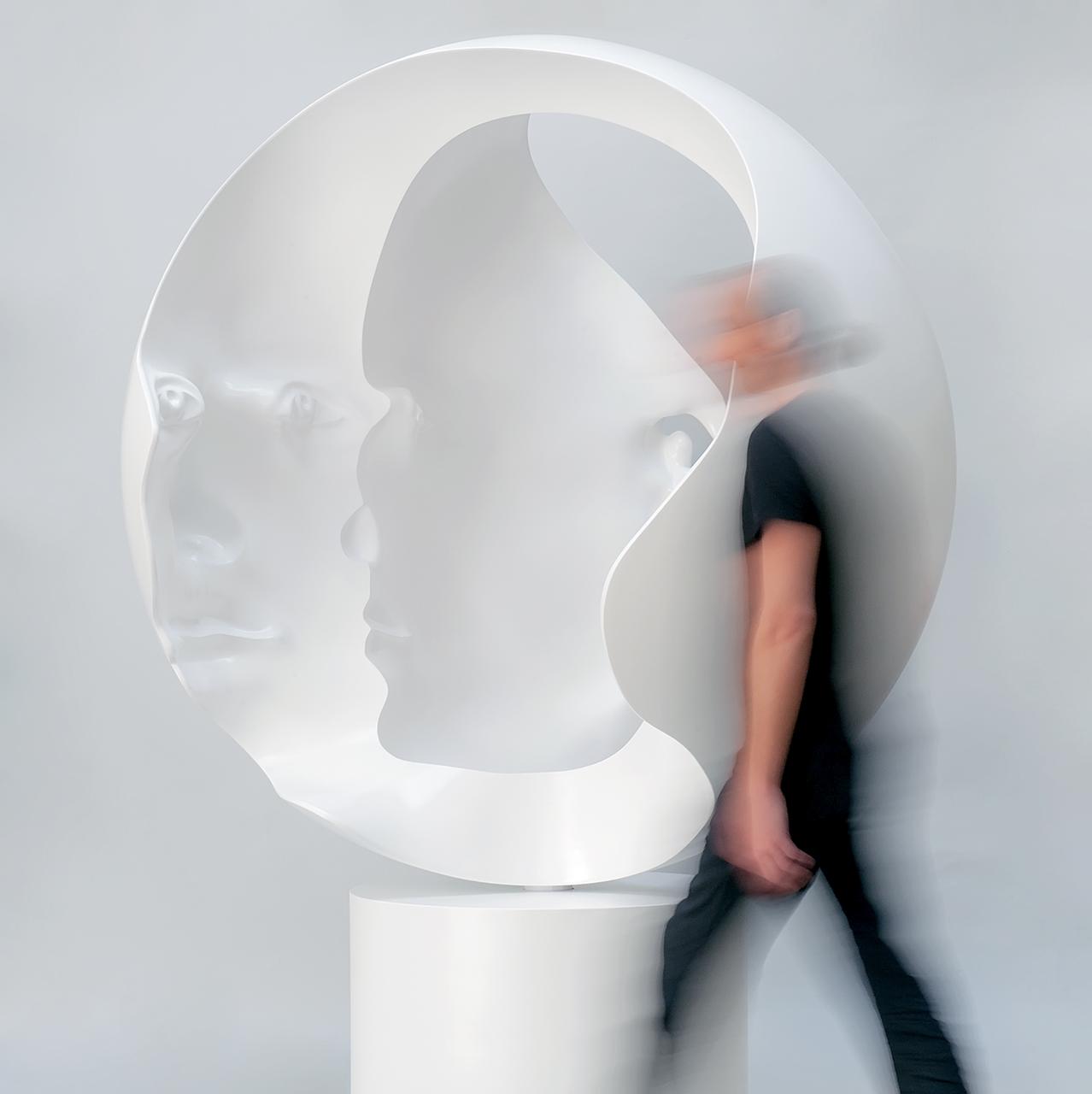 In the work Surrounding Space, the creative process unfolds backwards, not as an expression of an idea but as the very process of reflection. The artist engages in an experiment, seeking to trace the outline and document the space surrounding his characters in sculptural forms, and to consider the very nature and qualities of this space. Exploring the relations between individuals and their surroundings, he addresses the issue of individual freedom when confronted with social and cultural influences. Nazar Bilyk treats the sculpture not as an independent work but rather as the process of revelation, an ancillary method to document the dynamics of an individual’s relations with the sacred, social or cultural environment: “I pour liquid white plaster into a space where it enfolds emptiness, revealing human presence. The human figure becomes ambivalent: on the one hand, it is the center, the essence that defines the space, but at the same time, it is an instrument of that revelation rather than an object.

”This principle describes both the idea behind the work, and the artist’s method. The artist invites his viewers to use their imagination to deduce the image from the space surrounding the “nonexistent sculpture” of a human being without focusing on the sculpture as such. The viewers are encouraged to complete the creative process in their own mind, independently, by engaging with the space that defines the image, and thus is the main object of the artist’s interest.

Human portraits at the center of the Surrounding Space are not individualized: they are markedly stripped of all signs of individuality. These portraits represent various projections of a universal mask that the artist saw in modeling software. This is a prototype of an individual that carries all potentialities and the dynamic of change. Similarly to the laws of quantum mechanics, this neutral image is a vessel of manifold potentialities that can become manifest depending on the conditions of their environment or the surrounding space.